Like the rest of the world, I was introduced to Mindy Kaling through her character Kelly Kapoor on The Office. I have to admit, my focus was mostly on Jim and Pam’s interactions and Jim’s pranks on Dwight…so much so that I missed a lot of her brilliance. Until, of course, The Mindy Project happened, quickly followed in succession by the publishing of her first book: Is Everyone Hanging Out Without Me? (And Other Concerns).

I appreciated Mindy because she’s not as aloof as some other actresses. Mindy sees the world, operates successfully within it, and has her own voice that cuts through it all – the voice of someone who could be your BFF if you lived in the same area and were, you know, famous.

While her first book is quite chronological and focuses on the arch of her life and background, Why Not Me? jumps around. The essays run the gamut from topical rants and recounting of escapades to sage wisdom in an approachable way that only Mindy could manage, but make no mistake, humor is still queen.

Mindy tells it to us straight: all women in the television business wear hair extensions, friendships in Hollywood can be terribly shallow, and yes…despite what actors say, the kissing scenes are fun to do. She’s our backstage pass into a world that most of us don’t live in and she doesn’t take that duty lightly.

Mindy is fun, of that there is no doubt! But she’s also incredibly insightful and perceptive. Alongside the pop cultural references lie some amazing gems of thought that really stuck with me. She talks about how fame has changed her because she realizes that she’s blessed and wants to act like a better person in the public eye. She talks about walking as a woman in a man’s world, how confidence is absolutely necessary, and that being entitled after you’ve worked hard is not a bad thing (you can read that chapter excerpt here). And then she throws in a humorous anecdote about Bradley Cooper, just to keep you on your toes.

Why Not Me? was definitely one of my favorite books of the year, if for no other reason than I got a little insight in to the weird relationship that she and B.J. Novak have.

Bottom Line: Perfect for the beach, long airport rides, or your couch this book is a frothy read that will delight you. Just beware that spontaneous laughter is a side effect of turning each page.

Type: Book Review - HumorTags: Book Review, is everyone hanging out without me (and other concerns), kelly kapoor, mindy kaling, the mindy project, the office, why not me Leave a comment

Reviewed: We Never Asked for Wings by Vanessa Diffenbaugh 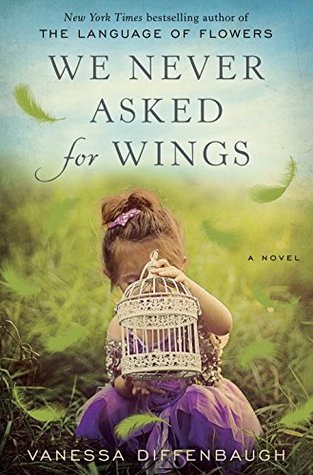 Just a millennial trying to balance fangirling and faith